Skip to content
5 Positive Conservation Facts About The Galapagos

The Galapagos is known for its diverse and endemic species. Visitors arrive in the archipelago for sightings of amazing marine and land creatures. But unfortunately, many of the creatures on the islands are under threat. With the arrival of humans to the Galapagos Islands, new and expanding settlements resulted in habitats being lost. In this article, we acknowledge the negative, but offer you five conservation facts about the Galapagos Islands in order to provide some hope and optimism!

Conservation in the Galapagos

Growing human populations over the years have resulted in an increased demand for resources such as food on the Galapagos Islands. A major increase in fishing, as well as the use of wood and land that was converted into farmland resulted in less space for wildlife. On top of this, invasive species brought to the islands during early settlement days as well as in shipping and travel, has interrupted the ecosystems on the islands.

Conservation facts about the Galapagos

But whilst we hear a lot of negative news about biodiversity loss, there is some good news. In this article, we share some of the more positive conservation facts about the Galapagos Islands.

1. As many as a third of all Galápagos Giant Tortoises living in the wild today owe their existence to captive rearing operations.

A joint agreement between the Galápagos National Park Directorate and the Galapagos Conservancy  exists to rewild all 13 extant species of the iconic Galápagos Giant Tortoises. Using all possible available tools, the organisations breed, incubate, hatch, and rear tortoises.

The program’s first big success occurred in 1970, when the first 20 tortoises were born in captivity and later released to Pinzón Island. Since then, almost 9,000 tortoises have been released. In fact, as many as a third of all Galápagos Giant Tortoises living in the wild today owe their existence to captive rearing operations.

2. Scientists have raised 23 mangrove chicks, whilst less than one hundred remain in the world.

With human travel to the Galapagos Islands, has come invasive species. One of the most damaging to have arrived in Galapagos is the parasitic fly called Philornis downsi. Laying their eggs in the nests of Galapagos finches, they later hatch and the larvae feed on the hatchlings of mangrove finches.

Unfortunately, only one hundred birds remain in the world, so conservation was an important step. In hope of reviving the species, a series of organisations work together to boost the population. Taking eggs from the nests and transporting them to laboratories, baby finches are hand rendered. So far, scientists have successfully raised 23 mangrove finch chicks. 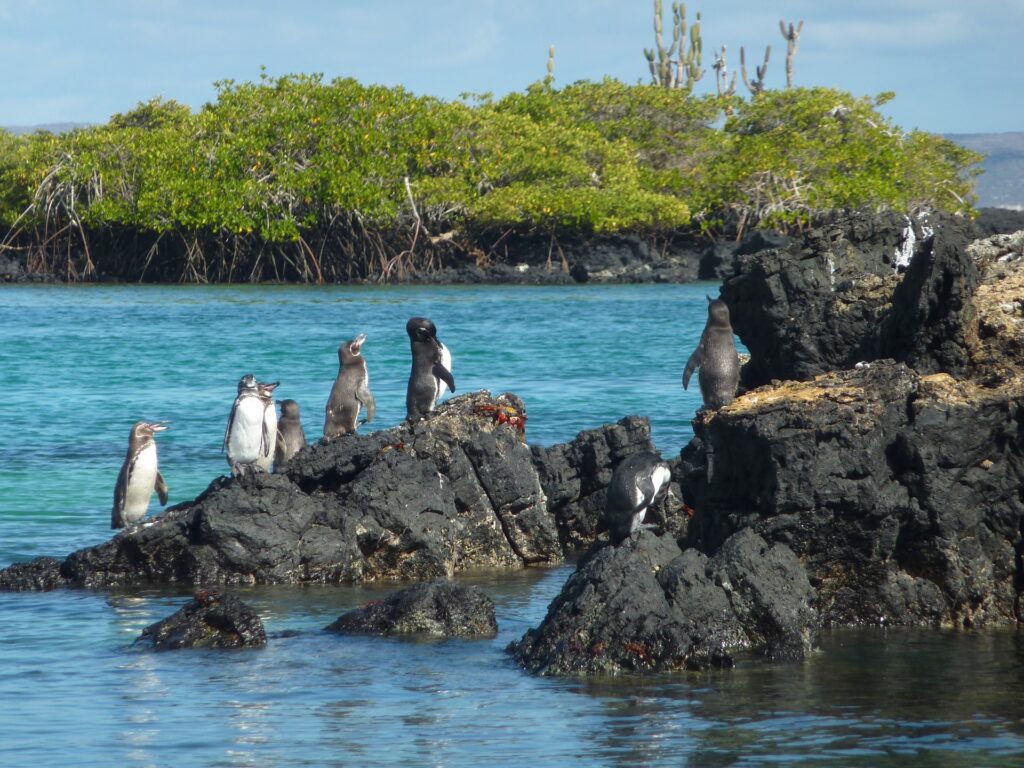 3. Over 200 artificial penguin nests have been built since 2010, resulting in an overall increase in the number of penguins.

The Galapagos Penguin is designed for cold Antarctic waters. However, they also swim in the warm equatorial Pacific Ocean. During increasing hot El Niño years (when extreme weather conditions causes a rise in sea temperatures), food sources are reduced. The population of penguins thus decreases too. In addition, over the years traditional nests have eroded, and other species have taken up the original nests of penguins.

Dr. Dee Boersma from the University of Washington in partnership with the Galapagos Conservancy started a project in 2010 to increase the population. Over 200 artificial nests have been constructed across the islands. On multiple visits back to the artificial nest sites, Dr. Boersma found an increase in young penguins, a good sign that things are getting back on track. 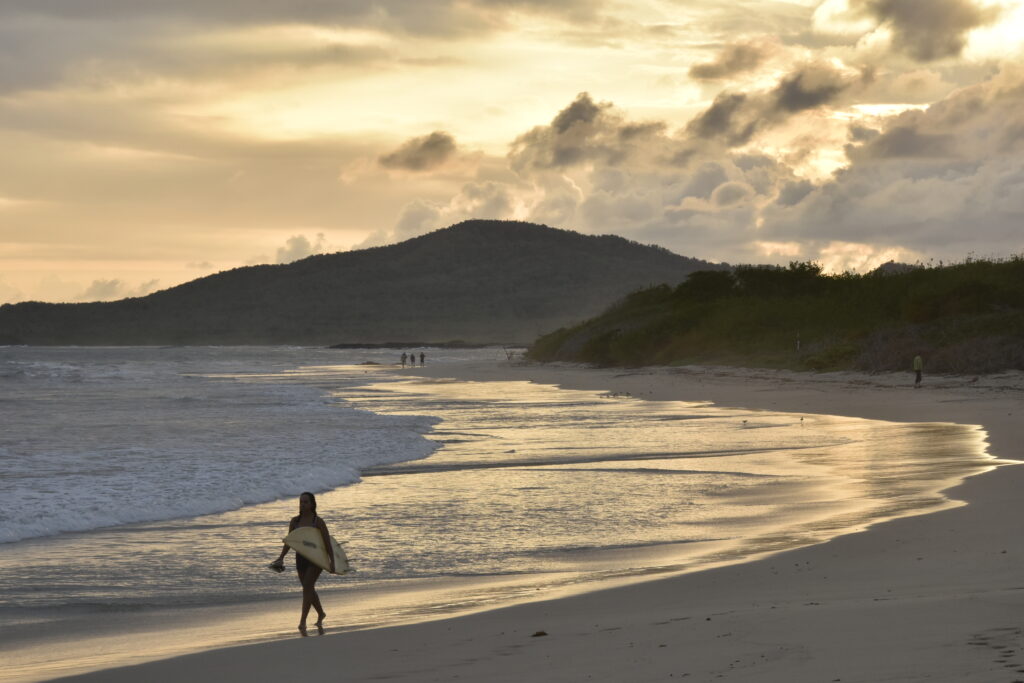 4. During cleaning days in 2019, over 22 tonnes of waste was collected from Galapagos beaches.

Rubbish is a big challenge in the Galapagos. The consequence of plastic rubbish in particular for marine life is a reduction in marine species. Sea lions become tangled in fishing nets, whilst sea turtles confuse plastic bags with jellyfish, bird make nests with plastic fibers, and fish eat microplastics.

During cleaning days in 2019, a remarkable 22 tons of waste was collected from Galapagos beaches. Over 90% of this was plastic waste and unfortunately there was no single place in the Galapagos that was free of plastic.

5. In effort to control of invasive species, 250,000 goats were removed from the islands over nine years.

Early settlers brought introduced species that upset the fragile balance of the ecosystem in the Galapagos Islands. Blackberry bushes, dogs, cats, rats, and goats were all introduced animals which breed quickly and which destroy native plants, feed on the eggs of endemic animals, and remove native vegetation. The food chain has been altered massively as a result.

Feral goats have caused widespread damage over the years, with an estimated 65% of all Galapagos animals affected by the feeding habits of the goats.

In 1997, Project Isabela was launched, in a collaborative effort with the Galapagos Conservancy, to eradicate goats, pigs, and donkeys and to finally restore habitats to their original states. During 9 years in total, 250,000 goats were removed from the islands. This has helped ecosystems to rebuild and species to rebounded. 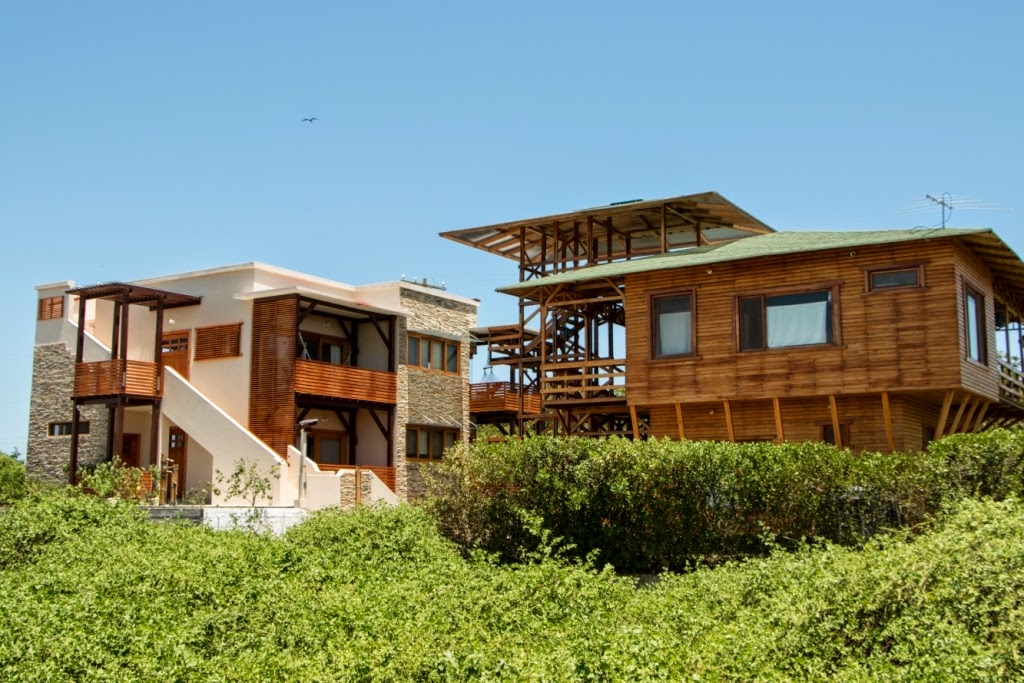