Giant tortoises are inextricably linked to the human history of the Galapagos. In fact, many people don’t know that the Galapagos Islands are actually named after them (galápago means tortoise in Spanish). When Spanish sailors stumbled upon the islands in 1535, there were so many Giant Tortoises, they decided to name the islands accordingly.

Whilst it is thought that there were once 250,000 tortoises on the islands, there are now approximately 15,000 left in the wild. These 15,000 are comprised of 13 different species, which are endemic to different islands; a direct result of the adaptation of the creatures over many years.

It is thought that the tortoise is in fact a dependent of the turtle; washed ashore thousands of years ago. The islands these creatures ended up inhabiting, resulted in the varying evolution of their features and characteristics over many years. Today in the Galapagos Islands, you’ll find that some tortoises are much larger, some are able to eat foods that others don’t (including leaves, grass, cacti, flowers, vines and fruit) and their shells differ to each other.

Where to see Giant Tortoises on Isabela Island

On Isabela Island – a great destination to spot these creatures – five different tortoise subspecies exist. Making their homes on the slopes of volcanoes – of which there are also five – these subspecies today can be spotted in both captivity and in the wild.

Tortoises in captivity on Isabela Island

At the Arnaldo Tupiza Breeding Centre on Isabela Island, visitors will be able to see the five subspecies native to the island itself. Only a short walk from Puerto Villamil, the centre is accessible from a short trail, which itself makes for a lovely walk.

At the breeding centre, Giant Tortoise eggs are incubated in safety at a hatchery. Meanwhile, adults are looked after and are partially on show to the public. The dedicated breeding program here has worked to increase the number of tortoises on the islands for many years. Let’s hope that their work ensures their continued survival for many years to come!

Tortoises in the wild on Isabela Island

For those who are looking to see tortoises in the wild, the Isabela Breeding Centre releases the animals when they are five years old into the dry forest on the island. Along the walking trail to the Wall of Tears, you can currently see a number of tortoises in the forest areas. This is one of the easiest places to find tortoises on Isabela Island.

One of the other great places to see tortoise in the wild on Isabela Island, is at Alcedo Volcano. One of the six volcano shields that helped form the island, this volcano is located centrally upon the island. It is thought that Alcedo Volcano is home to the largest population of Galapagos Giant Tortoises in the world today.

Please note: Visitors used to be able to hike Alcedo Volcano however this ended in the late 1990s. To carry out the visit to this site today, you must make an application to the Galapagos National Park Service. Following this, you must pass a through a thorough quarantine process. Only 12 visitors are permitted at one time, plus the naturalist guide.

Upon arriving here, a visiting area reveals a path which leads to the caldera of the volcano. The total ascent takes between six and seven hours (14km). 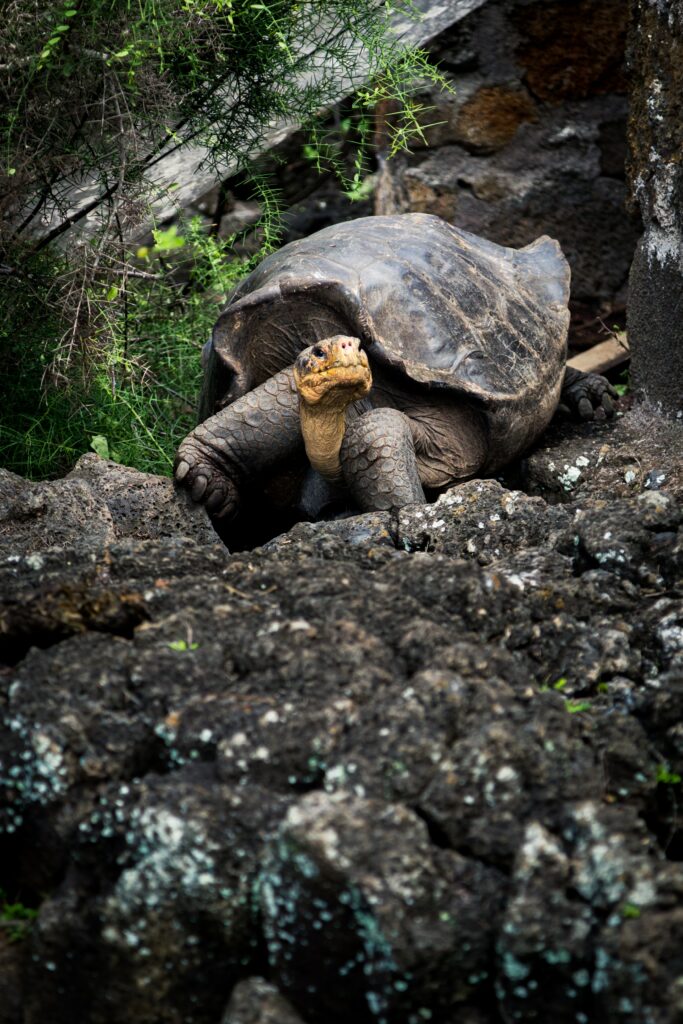 Where to see Galapagos Tortoises on other islands

Another great place to see Giant Tortoises is on Santa Cruz. Taking a 45-minute bus to the Santa Cruz highlands from the town, you’ll arrive in the northwest of Ayora Port. Here, a natural reserve with giant land tortoises can be found.

Charles Darwin Research Station in Puerto Ayora is another great place to see the creatures up close.

Throughout history, Giant Tortoises in the Galapagos Islands have been hunted for their meat. This has resulted in dangerously low populations amongst certain species. In addition, feral or invasive creatures such as goats have destroyed tortoise habitats. This has also contributed to their declining numbers over the years – from 250,000 in the 19th century to 15,000 today.

Efforts to protect Galapagos Giant Tortoises are underway across a number of islands. The creation of vast swathes of National Park land has contributed greatly to these efforts, ensuring that tortoises have the habitats they require to thrive.

Additionally, many tortoises on the Galapagos Islands are raised in captivity in order to make their survival more likely. This occurs at the Charles Darwin Research Station on Santa Cruz or at the Breeding Centre on Isabela Island. Upon reaching a certain age, tortoises are re-released into the wild when they are large enough to be out of danger.

In September 2021, 15 Giant Tortoises were found dead in the wild on Isabela Island. According to the Galapagos Conservancy, they located in the Sierra Negra Volcano area. Although only a dew local residents still kill tortoises on Isabela Island, the demand for meat or other tortoise products has increased in recent years. Unfortunately, ongoing killing poses a threat to the species’ existence here.

How you can help protect Galapagos Tortoises

There are a number of causes you can donate to in order to support Galapagos Tortoises. Firstly, the Galapagos Conservancy accepts donations through its website. According to their website:

“Galápagos Conservancy is the only U.S.-based nonprofit dedicated exclusively to the protection and restoration of the Galápagos Islands and its brilliant mosaic of life, including more than 2,000 species found nowhere else on Earth.”

Alternatively, you can donate to the Charles Darwin Foundation. This organisation shares the following mission:

“The mission of the Charles Darwin Foundation and its Research Station is to provide knowledge and assistance through scientific research and complementary action to ensure the conservation of the environment and biodiversity in the Galapagos Archipelago.” 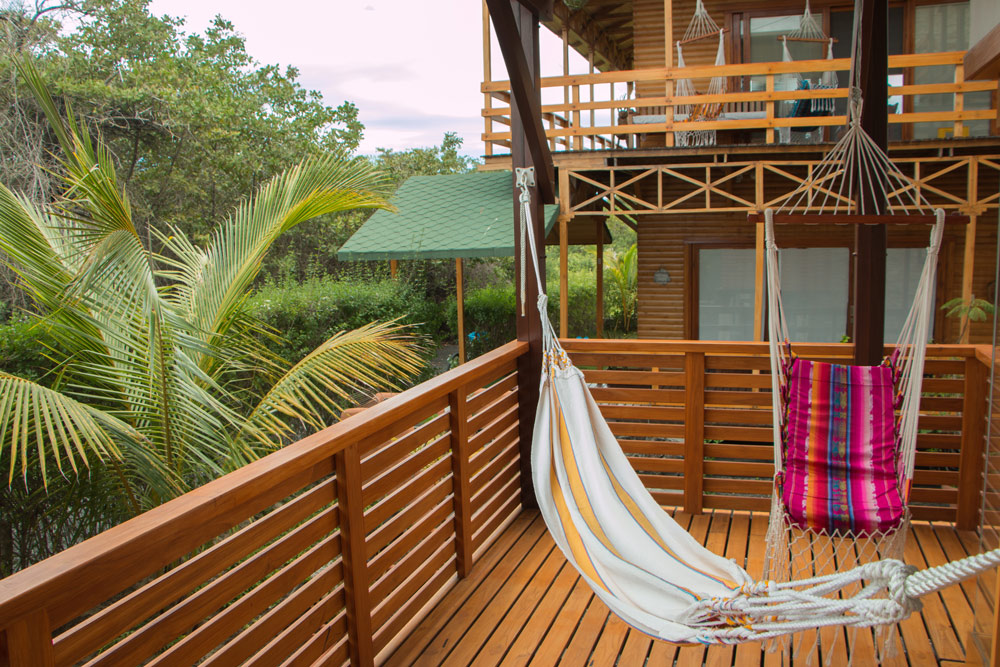 In order to reduce your general impact on Isabela Island and its environment as a whole, you can choose an accommodation option which bases its operations on sustainable methods.

For more information or to book a room, click here.