In 2021, the actor Leonardo Di Caprio announced funding of $43 million towards an ambitious rewilding project in the beautiful Galapagos Islands. Protecting the fragile ecosystems which exist on the islands and reintroducing a number of extinct species is the aim of the project with Re:wild; a global conservation charity. But what does this project mean for the archipelago? And how will rewilding in the Galapagos impact tourism? Read on to find out more.

The wilderness of the Galapagos Islands

Located in the Pacific Ocean, the Galapagos Islands is home to incredible wildlife, that is for sure. More than 2,300 species are found here and nowhere else in the world, meanwhile large fish populations, birds and marine animals thrive here. Unfortunately, when an environment is this incredibly rich in wildlife, small impacts can have a huge detrimental effect. Changes  introduced as a result of overfishing and the arrival of invasive species has meant that ecosystems and their biodiversity have been thrown off balance.

According to scientists, islands are best positioned to recover and react to rewilding programs. In fact, restoration of island environments can results in cascading benefits for the marine and land environments. As a result of the Galapagos Islands’ incredible biodiversity and their nature as an archipelago, they have been chosen for a first-of-its-kind plan for rewilding. 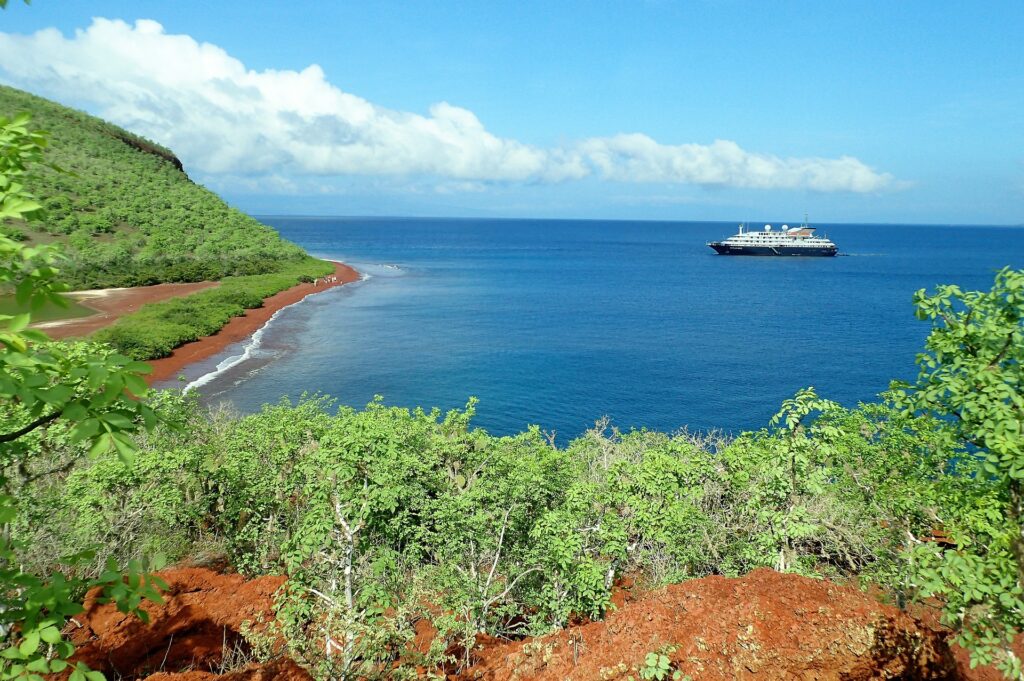 Rewilding, according to a recent Guardian article by Danny Rueda Córdova and Leonardo Di Caprio, is about “bringing together people and the planet for people and the planet”. Not requiring any kind of technology, the process relies on knowledge from Indigenous and local people as well as knowledge about local wildlife and ecosystems. In short, rewilding is about looking for balance with the wild. Whilst some people might consider the rewilding of nature to go against the settlement of humans in a place, it is actually about the coming together of people and the environment; the creating of resilient ecosystems for the benefit of all.

Rewilding in the Galapagos Islands

In 2021, Leonardo DiCaprio, Galapagos National Park Directorate, Island Conservation and Re:wild announced a $43 million project to restore and rewild the Galapagos Islands. The plan will last ten years and could become a model for rewilding ecosystems across the world. As the world moves towards a critical period in combating climate change, the project is considered to be leading the way in combating not only the changing climate but the extinction crises.

One of the first things put into action through the rewilding project is the reintroduction of 13 locally extinct species to the islands. This includes the Floreana mockingbird—one of the rarest birds in the world – as well as pink iguanas and giant tortoises. On Floreana it is thought that the reintroduction of the giant tortoise will change the entire ecosystem. The animals – which disperse the seeds of native species and create a mosaic of habitats – might return the environment to one that is more savannah-like than what currently exists here. And this change alone is thought to bring about a number of benefits! Climate resiliency, protection of the island’s food and water supplies, as well as preservation of their culture and the growth of nature-based tourism are a few of these benefits.

The Re:wild project has now also teamed up with local environmental organisations to replicate this powerful model on other islands and to continue a rewilding process elsewhere. 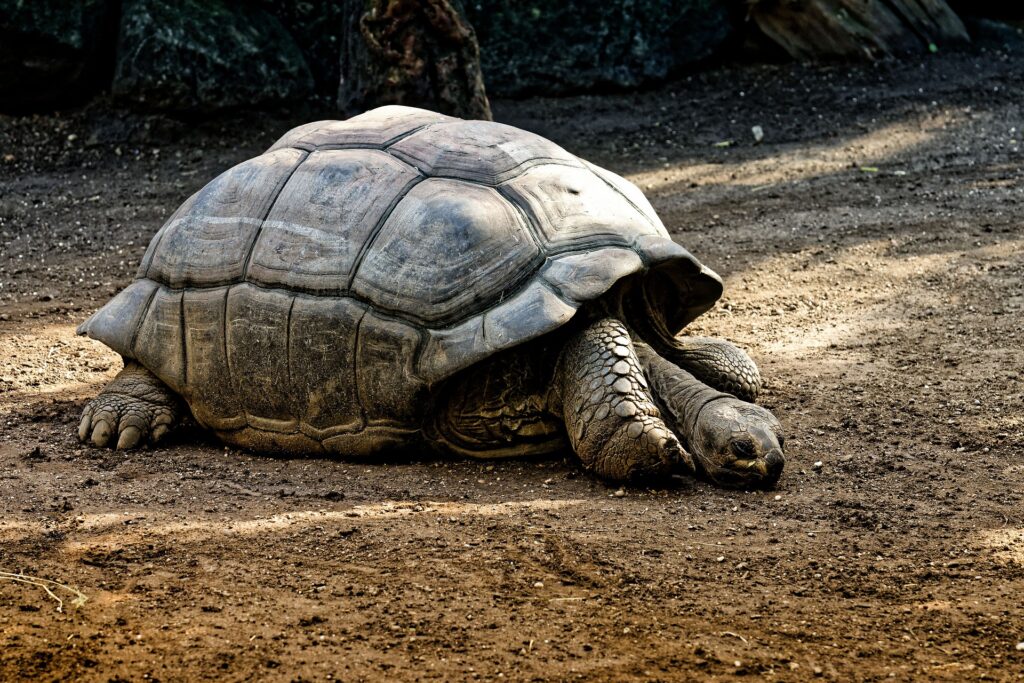 Tourism and rewilding in the Galapagos Islands

There is nowhere quite like the Galapagos!  Today, 98% of the the archipelago is a National Park, and this makes it one of the top natural tourist destinations in the world. Its rare wildlife and adventurous nature as a destination draws in nature-lovers from across the world. But the Galapagos’ precious ecosystem is easily disrupted. Conservationists say we have now reached a critical point in the biodiversity crisis and it is time to act.

Rewilding is thought to have a positive impact on the tourism industry on the Galapagos Islands. Tourists as well as locals will be educated more on the concept of rewilding and the project will assist the industry with more sustainable development. Workshops and engagement amongst communities members will be key to the process, since all community members need to be involved and interested in order for the project to work successfully. If all goes well, rewilding on the islands will bolster the economy through ecotourism in the years to come. 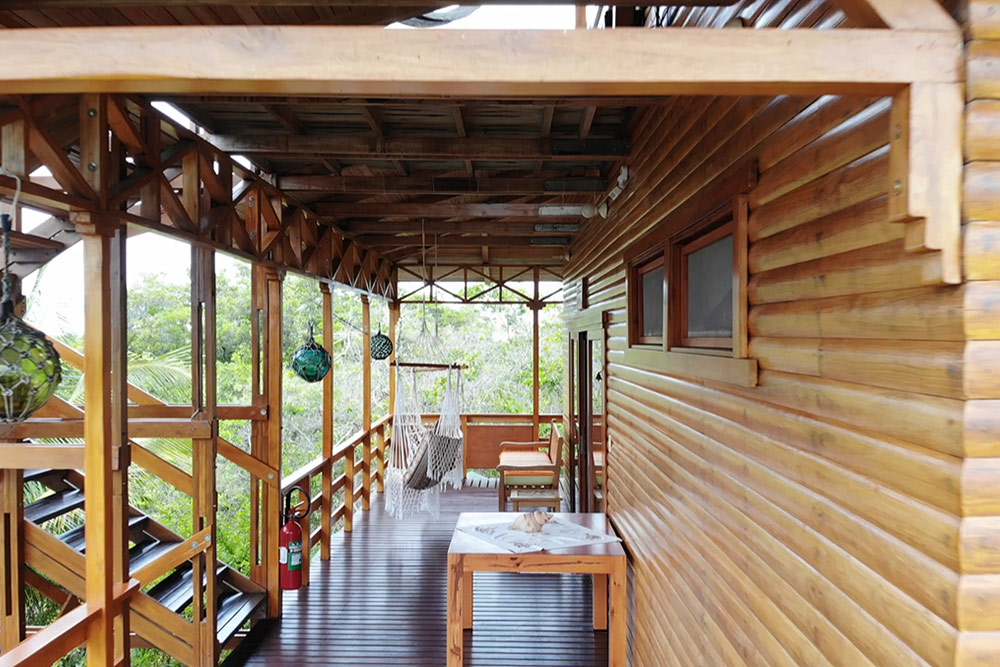 Accommodation with sustainability at its heart

Interested in the sustainable future of the Galapagos Islands? Dedicated to making your trip to the islands as responsible as possible? Stay with Chez Manany on Isabela Island and mingle with owners Manany and Wilson who steer their business towards sustainability and a positive future for the Galapagos in everything they do.