The largest of the Galapagos Islands, Isabela Island is located over 900 kilometres from the Ecuadorian coastline, within the Galapagos archipelago. It was named in the 17th century for George Monck, duke of Albemarle, but now only its northern tip, is called Albemerle. Today, Isabela Island is a fabulous tourist destination – known for its incredible biodiversity, endemic creatures and beautiful volcanic scenery. Looking to learn a little more about the Galapagos’s largest island? Read on for six interesting Isabela Island facts.

2. The island was made by six shield volcanoes

Isabela Island is the highest island in the archipelago and is also one of the youngest. Its creation came about when six volcanoes (Alcedo, Cerro Azul, Darwin, Ecuador, Sierra Negra, and Wolf) erupted at different times. As this happened, the lava flow of the eruptions slowly merged together to form one large land mass. Five of these picturesque volcanoes are still considered active with some erupting in the last ten years. 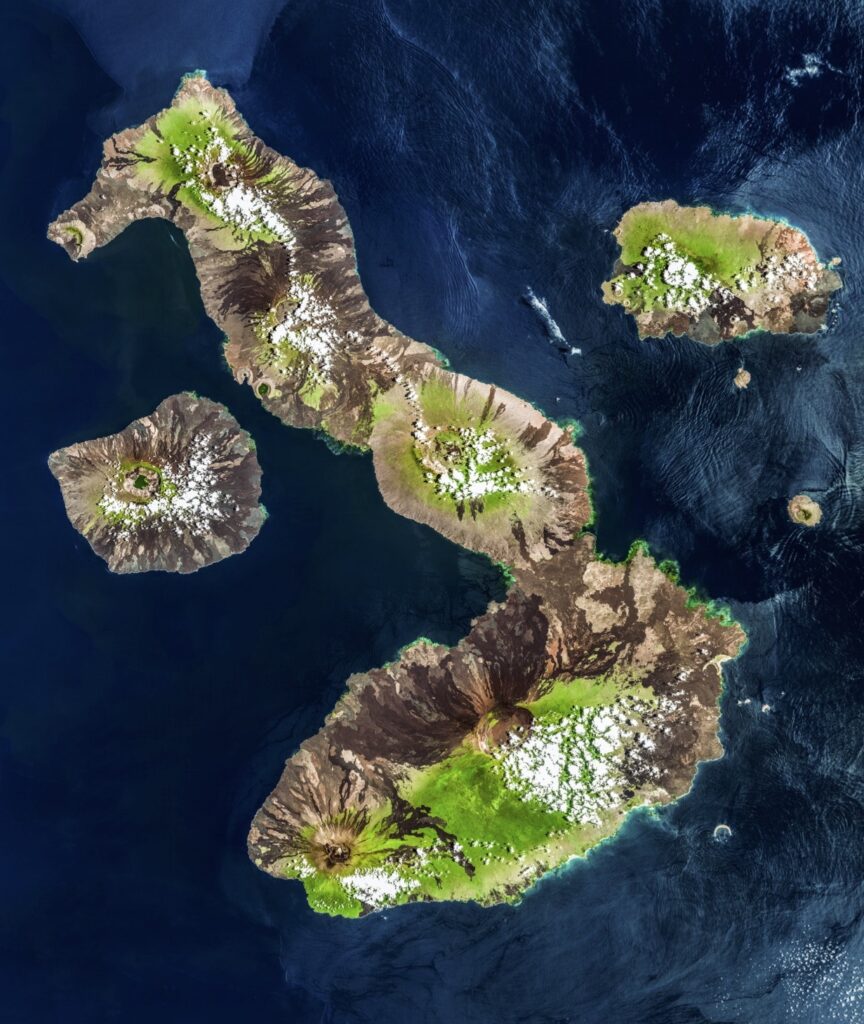 The merging of six volcanoes made Isabela Island into one land mass, as mentioned above. However, you may not know that in doing so, the island took the shape of a seahorse. Take a look at the photo above to see exactly what we mean!

4. The population of Isabela is approximately 1,750

Isabela Island was originally named Albemarle Island by Ambrose Cowley, one of the first men to ever set foot on the islands, in 1684. In 1893, Antonio Gil, a well-known Guayaquileño, arrived in Galapagos and colonised the southern end of Isabela, founding what is now Puerto Villamil. By 1950, the population was 200 and people lived off the land, their livestock and selling sulphur from the slopes of volcanoes. By 1974, the population was 450 and ever since, it has increased further almost every  year!

5. Isabela was visited by Charles Darwin in 1835

Charles Darwin arrived at Isabela Island on the 29th of September 1835. On his journey around the island, Darwin noted it to be  mostly deserted and volcanically active – smoke coming from the craters. Anchoring in Tagus Cove, Darwin and his team also observed iguanas on Isabela – both marine and land – and wrote about them in his diaries! 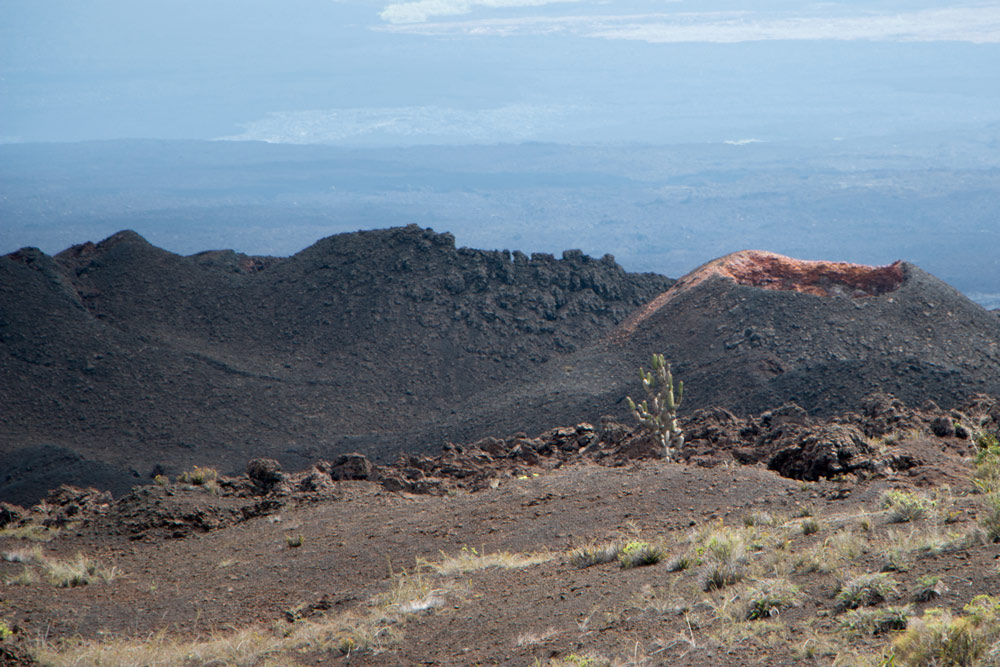 6. Sierra Negra has the second largest crater in the world

One of five active volcanoes on the island of Isabela, Sierra Negra, is one of the oldest and the largest in the Archipelago. It is believed to have been created from a mantle plume that created the hotspot. Sierra Negra is famous for its huge crater, which is known to be the second largest caldera (volcanic crater) in the world behind only the vast caldera at Yellowstone National Park.

Chez Manany Galapagos Ecolodge is a beautifully rustic Isabela Island accommodation, located just on the edge of Puerto Villamil. Contemporarily designed, the ecolodge has modern comforts and amenities needed for all kinds of guests. Both long and short term stays are catered to. Sitting upon a balcony hammock admiring the greenery, guests find this place to be very tranquil.

To book your room at Chez Manany Ecolodge, click here!

Thinking of visiting Isabela Island? Check out this ultimate guide to the island and plan your next trip!